The most relevant colombian cartoon artist, born in Rionegro, Antioquia (1894 – 1931), called “The emperor” of cartoon.

One of the most perceptive and refined XX century latinamerican humorists, in his work the humor was satire.

He stood out specially for his political cartoon. His cartoons were true radiographs of events and individuals.

He was a pioneer of graphic advertising in Colombia.

26 years in tribute to Ricardo Rendón Bravo, The Festival, unique in Colombia’s history for it’s trajectory and continuity,

has ennabled to see the perception of authors from more than 92 countries, protagonists of the changes and experiences

of towns that through their humor contribute to humanity’s development.  The sharp intelect and his universal language, achieve throughout

cartoon, the dream and hope to erase territorial borders as ideological borders that keep us from living in harmony

and inhibit us from visualize freedom as a principle of peace and coexistence.

1) The contest is open to all of cartoon artist worldwide.
2) The last day for participation is on Saturday, September 14th of 2019.
3) The contest’s topics are THREE:

* NEW WORLD: Today we see suffering and pain in all the earth, but they say that "the darkest moments are just before dawn".

And without a doubt there will be a glorious "dawn"!

This is the great desire of many, where we expect a new world with better opportunities for all; and what better way to imagine

it than illustrating it from the creativity of graphic artists. How caricaturists imagine a New World, inclusive and fair. An exceptional topic!.

* FREE THEME. It’s possible to participate in any different theme.

work must be originals (handmade), no prints, photos or copies accepted. The shipping will be contestans duty.
8)   Contestans must send a brief currículum vitae and a picture along with their work.
9)  Every cartoon should have at it’s reverse: name, last name, adress, phone number, e-mail, and country.
10) Selected cartoon artists will recieve a virtual catalog.
11) The jury will be compossed by national and international cartoon artists.
12) Results will be announced on October of 2019.
13) The presented cartoons won’t be returned, they’ll be part of the collection of the future Rionegro’s Cartoon

Museum in agreement with Cartoonrendon agent.
14) Filling out the application of participation and sending it involves that the contestants give their authorization to Cartoonrendon to

publish their work on any printed or digital media with all rights, including the transfer of these rights to thirds without any limit of time

, place and number of publications. Besides, Rionegro’s town hall and/or Cartoonrendon will have the right to show,

file and publish the works in other media not mentioned here. By sending the applicattion these conditions are considered as accepted.
15) The organization reserves the right to exhibit works considered to attempt against individual or colective rights.

The participation supposes the full acceptance of terms and conditions.

AWARDS: They are subject to taxes according to tax regulations. And they will be paid to the TRM.

The Festival will be held between September 23 and 29, 2019 in five municipalities of East Antioqueño, and the award ceremony
on Friday, September 27 at the Catholic University of East UCO, beginning at 6:00 p.m. from the city of Santiago de Arma de Rionegro.

Selected cartoonists for exhibition and album in the 37. Aydın Doğan competition2020 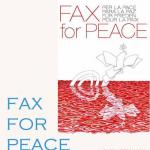 The 25th edition of the international competition
FAX FOR PEACE

Annnual Cartoon Contest – Rules and regulation 2021
1. Participation
All contestants will be admitted [ ... ] 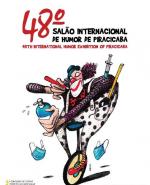 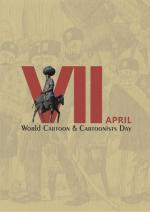 Selected cartoonists for exhibition and album in the 37. Aydın Doğan competition2020

The 25th edition of the international competition
FAX FOR PEACE

Annnual Cartoon Contest – Rules and regulation 2021
1. Participation
All contestants will be admitted [ ... ]