MAIN THEME HUNGER, POVERTY, INEQUALITIES
From 2020 on, PortoCartoon will tune its main theme with major UN concerns for the next decade.
The structuring themes of the Sustainable Development Goals (SDGs) will allow new humorous approaches.
For  2020  we  chose  SDGs  1,  2  and  10  for  their  thematic  articulation:

Eradicate Hunger and Poverty, Reduce Inequalities.
According to some statistics, half of the world’s population is poor. Wealth is concentrated in very few people (82% of wealth is in the hands of 1%). “Tax havens” remain a source of corruption and inequality. True (and curable) cancer of humanity!
Humor, as a rich instrument of democratic awareness, has a wide field of action in these times of greed, populism and fanaticism.
People deserve the Universal Declaration of Human Rights to be the regulatory document of the societies.
PortoCartoon wants to contribute to this.
SPECIAL AWARDS FOR CARICATURE

ALBERT EINSTEIN (1879-1955) stood for world history as a “synonym for genius.” Time magazine named him in 1999 as the 20th century figure for being “the greatest physicist of all time”. In 1921, the Swedish Academy awarded him the Nobel Prize in Physics, highlighting “the discovery of the law of the photoelectric effect”. His name was given to schools, research centers, streets and awards. The Albert Einstein Peace Prize is one of them and shows how his aura far surpassed the scope of Physics. A century ago, in 1920, a spread of his famous Theory of Relativity began in the worldwide press. From the same time is the Einstein cigar (USA) that was shown in other major initiatives.

CHICO BUARQUE (1944-  ) received in May 2019 the Camões Prize and continues to build the history of Brazilian music and literature. Besides being one of the exponents of Brazilian Popular Music, Chico Buarque has guided his life by democratic ideals. During Brazil’s military dictatorship (1964-1985)  he  went  into  exile  in  Italy  and  became  one  of  the  most active critics in defense of democracy. He collaborated in the humorous newspaper “O Pasquim” (1969-1991), in its first issue in June 1969. Being a singer and songwriter, Chico Buarque is also a play writer and actor. Before the Camões Prize, he received two Jabuti Prizes (2006 and 2010) and the Portugal Telecom Prize for Literature (2010).

Cartoonists can submit works for the MAIN THEME and for the FREE CATEGORY, as in the previous editions.
Artists who don’t wish to compete can send us their works EXTRA-
-COMPETITION, informing of their decision.
⦁ Cartoons must be original. We accept any kind of graphical techniques, including digital artwork sent by e-mail,

as long as the drawings are SIGNED BY THE AUTHOR, are identified as PRINT NUMBER ONE and as an original for this contest.
⦁ Can also be presented sculptures pieces of humour, in any kind of material.
The artworks cannot exceed the following measurements:
⦁ IN PAPER, 42 x 30 cm (DIN A3);
UL SCULPTURE PIECES, 42 x 30 x 30 cm
MAIN SUBJECT THEME
HUNGER, POVERTY, HUNGER INEQUALITIES, POVERTY, INEQUALITIES

and must be identified on the reverse with the following information:
-Author’s name and address;
⦁ Year, title and theme section.
Entries should arrive at the PORTUGUESE PRINTING PRESS MUSEUM
until January 31st 2020, along with the filled

Or to the e-mail address:This email address is being protected from spambots. You need JavaScript enabled to view it.
The participation in PortoCartoon automatically implies that the author waives copyrights of his works in any

The Jury will have an odd number of members and its decisions will be final and cannot be subject to any type of appeal or complaint.
All the artists whose works are selected for the exhibition will receive a DIGITAL CATALOGUE, that will be sent by e-mail to download.
If the artist wants to receive a printed catalogue, he should request it and support the shipment costs. 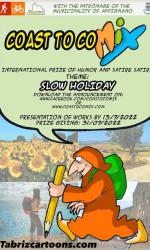 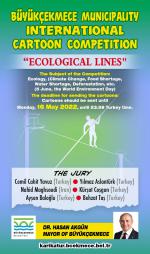 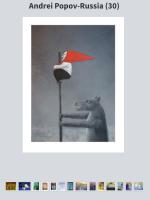 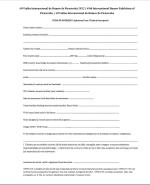